For shutterbugs in Davao City there are a lot of places where you can hold your photo-shoots without shelling out a lot of bucks or going out of the way. Here are some of the places frequented by local photographers because of their accessibility. Some of the information were assembled from shared inputs of fellow Dabawenyo photographers.

Riverfront Corporate Center also known as Speed City-- Still largely undeveloped master-planned satellite city with wide open spaces and grasslands perfect for meadow-themed shoot. No permit necessary. What to bring: It is advisable to bring drinking water to avoid dehydration as there are no stores nearby especially if you are shooting in the middle of speed city.
How to get there: Private vehicles or taxicab towards the Diversion Road area which leads to the Bacaca junction, the corporate center lies just before approaching Ma-a bridge
Tribu Kamindanawun--Part of the Riverfront Corporate Center Complex which includes Speed City. Located at the riverside corner of the Crocodile Park. A replica of a tribal village and an art gallery amidst a bamboo forest. You pay P150 per person as an entrance fee. However a large part of the tribal village has been converted into a covered performance area. Though are still spots in the tribal village good for shoots.

Pawikan Sanctuary... A 37-hectare property of the Davao Light and Power Company, it lies at the tip of Punta Dumalag- a small peninsula jutting out of the Matina coastline. It encompasses several ecosystems; beach, forestal area and grasslands. It is also declared as a Turtle nesting sanctuary and is a protected area. You need a permit as required from DLPC (c/o Vic Sumalinog community relations manager) they won't charge fees, just be careful not to disturb turtle nesting areas.
How to get there: You can take a taxi to Seagull beach resort then a little hike to the area. you can also hail a PUJ (Matina Aplaya Route). If you have a car it is advisable to bring one for convenience. Bring drinking water, light snacks, mat and extra shirts.

Queensland Baywalk Park a.k.a seawall -- The boardwalk was developed by Queensland Properties as a public park with kitschy replicas of Michaelangelo's David and Copenhagen's famed Little Mermaid statues as centerpieces. Great for general-themed photoshoots and engagement session pictorials. No permits, no fees.
How to Get There: Take a cab or a tricycle, towards Queensland Motel. 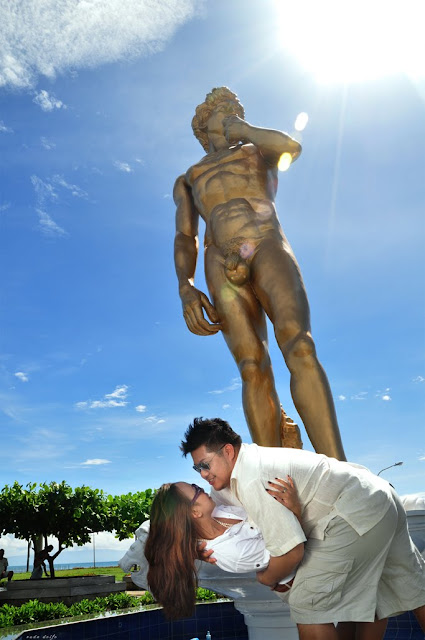 Marco Polo Hotel-- Great for glamour/bridal shots particularly the hotel lobby and the receiving area of Lazuli Spa. For funshoots (you are not a client of the hotel) MPD charges no fees, just ask permission from the Marco Polo P.R. office, subject to General Manager's approval. 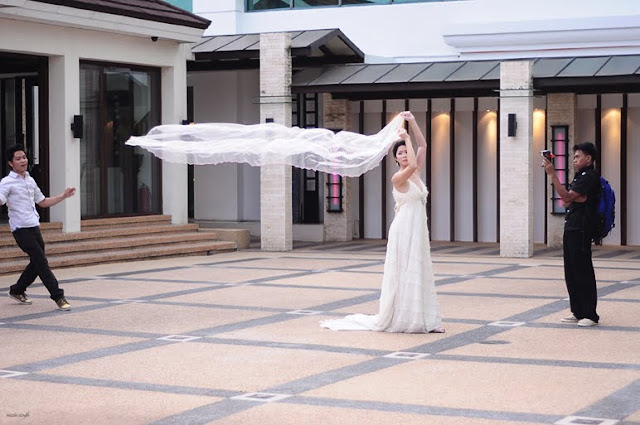 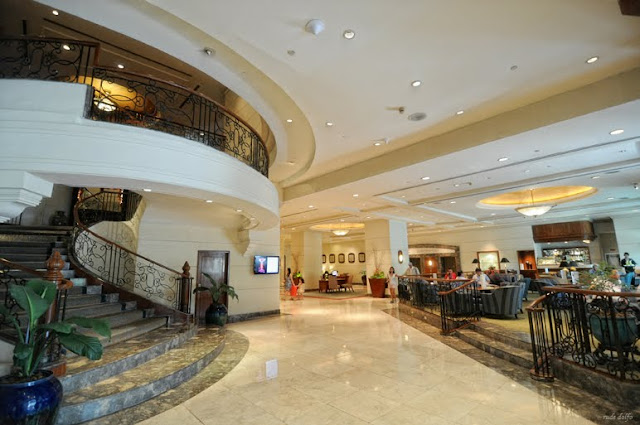 People's Park-- A 4-hectare public park with lots and lots of greenery. Best time to shoot is from 9 a.m. to 1 p.m. that is when the park closes for daily maintenance where you can have the park all by yourself. Just write a letter to the Park Administrator at least a day before your scheduled shoot.

FTC Towers-- A modern building at Mt. Apo street, near Davao Doctors Hospital. Building interiors particularly the reception area/office sports a futuristic look great for concept fashion shoots. No fees, just ask permission from the friendly building management, a fact since they are encouraging photoshoots to promote the place.
City Hall/Quezon Park/San Pedro Street area-- One of the remaining structures in the city using an American-era civic architecture (Roman colonnades/columns) great for high fashion photoshoots, photojournalism. No fees, no permits Best time to shoot is Sunday when the place is not busy. WARNING to smoking photographers, don't light your cigarettes in this area, eagle-eyed security are on the look-out for violators. 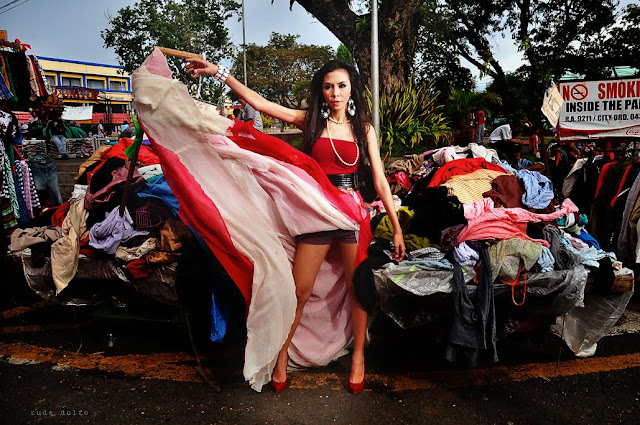 Unfinished Artica Sports Dome - Pan-Philippine Highway (Diversion Road beside Laud Firing Range) Supposedly constructed as a 15,000 seater coliseum but due to political issues was left unfinished. No fees required just a permit required from the City Government (if you will shoot inside the unfinished coliseum) Great for industrial-themed, apocalyptic, grungy-themed photoshoots. What to bring: drinking water, mat, extra shirts.
How to get there: Taxi or much preferably a private vehicle. Just before reaching Gap Farm Resort. Look for the imposing dome as your landmark.

Oboza House-- An old house located at the corner of Crooked Road and Rizal Street. A historic pre-war structure. Ideal for vintage shoots. The place has been leased by the Le Neindres and luckily has been preserved and opened to the public. It is now the site of Claude's the French resto. You can ask permission from the Le Neindres for photo-shoots.


old Francisco Bangoy Airport Terminal- An old abandoned airport building. good for grungy fashion shoots. permit from Air Transportation Office c/o Nathan Nazareno.
How to get there: for PUJ take the Sasa Panacan route. Then take the tricycle towards the old airport.

old Airport tarmac-- Utilized by the Philippine Air Force, you can shoot there provided you get proper permission from PAF officials (subject to their consent and strict regulations). Have seen a lot of pre-nups being shot in the under-utilized tarmac where the military aircraft are parked.
Sta Ana Wharf--Excellent for Sunrise shoot, prenups, glam and photowalks. There are no fees but if you are bringing a car inside you'd have to pay a fee of P10.
How to get there: If taking a PUJ, look for the Uyanguren (Magsaysay Route) it is beside the Ramon Magsaysay Park.

Felcris/Chimes sidewalk- Located along Sales Street. At night the well-lighted Chimes sidewalk becomes sort of a park where kids gather to play, teens practice their dance choreography for a dance contest or school presentations. Photographers also find the area a great site for night-themed photoshoots and pre-nups. No permit, no fees.

How to get there: If you take a jeep (PUJ) look for the Uyanguren/Magsaysay Route, get-off at the corner of Uyanguren-Sales streets, then walk a block to the area.

Claveria Street or C.M. Recto Street- One of the oldest streets in the City and was once its busiest thoroughfare until the 1997 financial crisis when some of the business establishments went bankrupt. There is a stretch of abandoned foreclosed buildings along the northern part of the street. Though there are attempts to bring back commercial activity in that section, for the meantime its sidewalks had become a playground for skaters. Great for urban themed shoots, street photography.


Freedom Park (Clifford Park and Millenium Park, Claveria Street and Roxas Avenue)-- As part of our freedom of speech and free expression, local governments are mandated to designate so-called "freedom parks" where rallies and protests can be held.

The freedom park in Davao City encompasses two different parks; the first one is the Millenium Park located in front of Ateneo de Davao. The other park is Clifford Park named in honor of the U.S. Army forces commander killed in action during the liberation of Davao in World War II. The park is located in front of City Triangle and Marco Polo Davao. 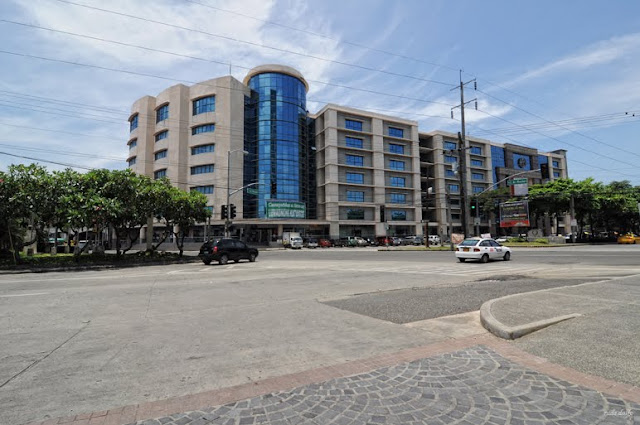 Great for photojournalism particularly when there are rallies and demonstrations around. A nice area for general-themed photoshoots and pre-nups (engagement sessions). No fees, No permits (remember its a freedom park)
Photojourn tip: A good time to shoot for rallies is when a visiting Philippine President is billeted or attending a function at the Marco Polo Davao.
What to bring: Presence of mind or telephoto lens especially when things gets out of control (rallies and demos) stay away from harm's way. 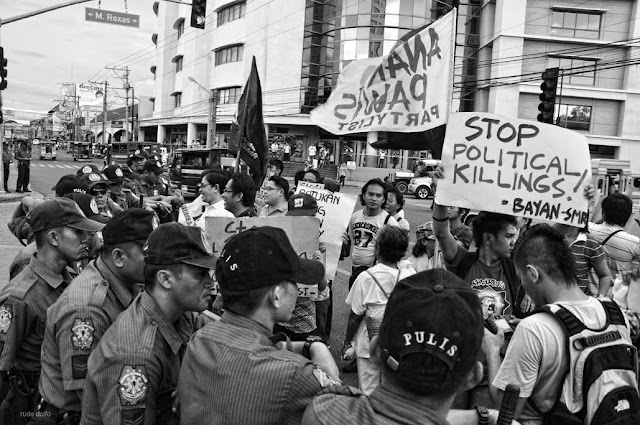 Catalina Gardens (Holy Infant of Prague Shrine, Matina Shrine Hills )-- Though the Shrine is basically off-limits to photography activities, there is a park located at the back of the sacred area, it is named Catalina Gardens after Catalina Santos who established the shrine. Nice area for general-themed photoshoots and practice shots. There is an entrance fee of five pesos.
How to get there: The shrine is a Davao landmark, you can take a taxicab or much preferably a private vehicle. For commuters there are tricycles which will take you to the shrine. 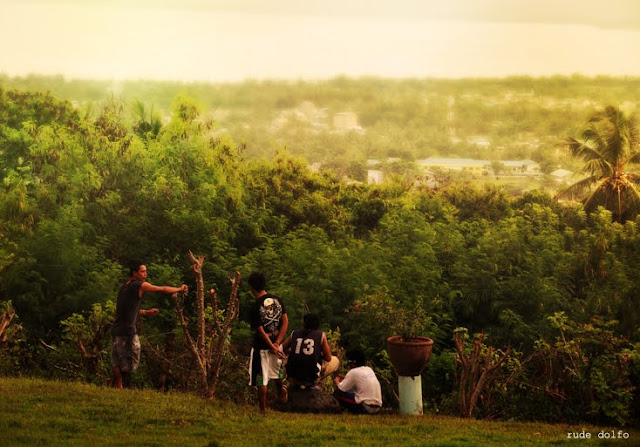 Gap Farming Resort- A 10-hectare agriculture themed recreation park which opened in 1983, Gap Farm has varied attractions which can be great shooting locations, there are lush greenery (the resort is actually a fruit orchard), interesting installation art pieces, miniature villages even an old Japanese tunnel. On weekends you can spot  a group of hobbyists or enthusiasts conducting their funshoots,  There is an entrance fee of P50 per person.
How to get there: Along Diversion Road, near Maa, just before reaching Artica Dome

Camella Northpoint- A pine forest in the middle of Davao City, great for engagement sessions, fashion shoots- if you would want to shoot in a locale which looks like a temperate climate country you don't need to go up to the pine covered mountain resorts of the city, you can just do it here in Camella Northpoint. The area was once the property of Robert Ker a British abaca farmer during the American colonial era.You would need to secure permission from the Camella Northpoint office if you intend to shoot in the area.

How to get there: Located in the busy thoroughfare of J.P. Laurel, very accessible to public transport, adjacent to the Buhangin Flyover.

There are other public and private places where you can set-up and shoot. This post is open to additional inputs, corrections and suggestions. Happy Clicking.