Majid's Kabab, a taste of the movies 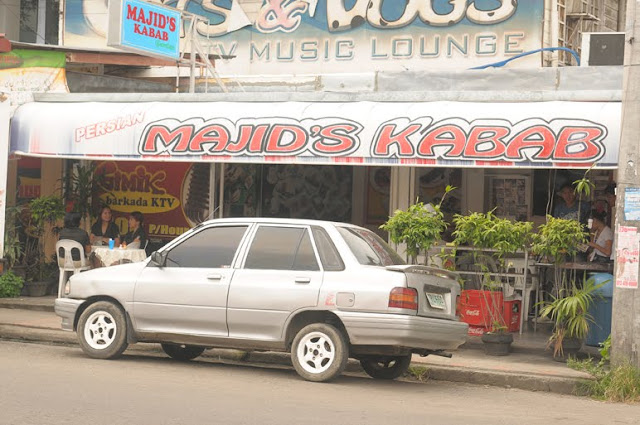 Of all the countless subjects I have featured in my entertainment column at Sunstar Davao, one of the most memorable was my article on Majid Jadali, proprietor of a Persian kabab establishment at Davao City's Rizal Street which bears his name. 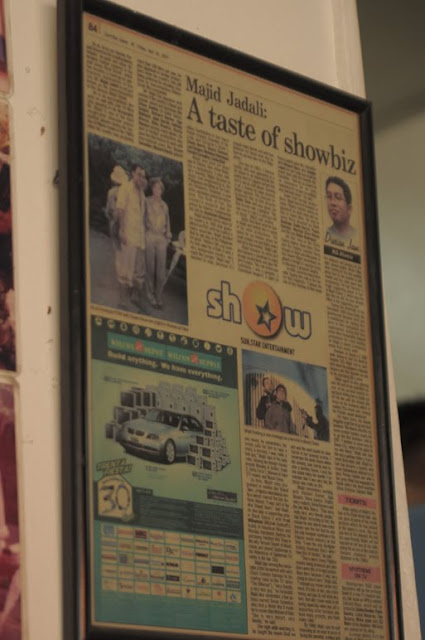 Well before he made his living making those mouthwatering kababs and biryanis he was a former movie actor/stuntman appearing in over 70 foreign and Tagalog movies in the 1980s.

You could see Majid's bygone past when you gaze upon the walls of his establishment, plastered were photos of Majid Jadali- the movie actor. One photo had him posing with movie actress Susan Sarandon whom he worked in one foreign movie shot in the Philippines. 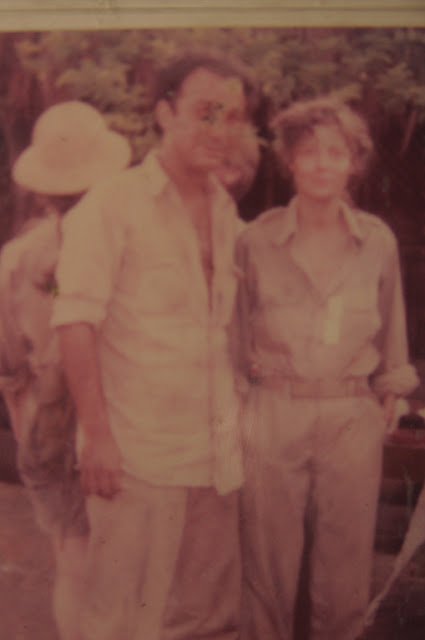 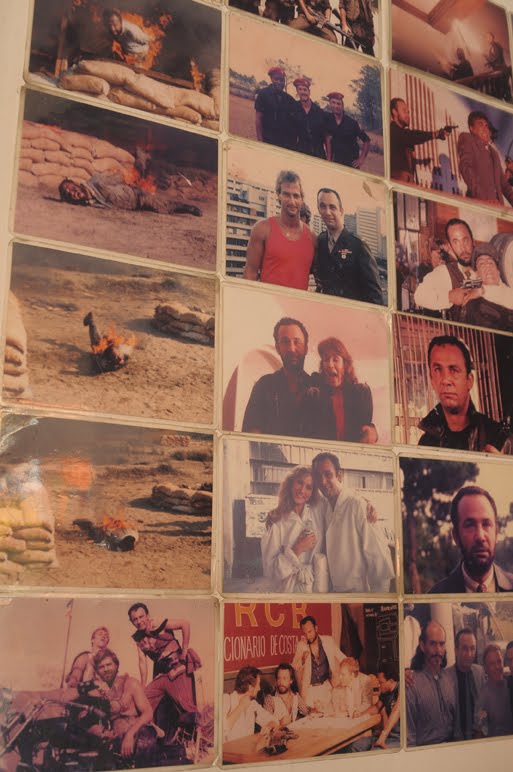 In the 1960s up to the 1980s, the Filipino movie industry was at its peak, it was producing at least 250 movies a year, aside from Filipino movie productions other foreign film outfits also made their films here. You might have heard of Platoon and Apocalypse Now but aside from mainstream hollywood films there were some film companies making B movies, or low-budgeted productions featuring unknown stars or has-beens which were shooting in the country because of the cheap production costs.

"My role was to carry a suitcase full of drugs," Majid recalls his first movie role. Because of his Caucasian features he worked as extras in foreign film companies and Filipino productions needing foreign actors. I saw him once in the Dolphy comedy "Nang Kinagat ni Adan ang Mansanas ni Eba" shown on Skycable's Cinema One, where he was a foreign reporter interviewing a pregnant Dolphy.

Majid says he had no recourse but to get into acting because he cannot return to his native Iran after the Islamic Revolution led by Ayatollah Khomeini. The once European-like country became one of the most conservative and repressive regimes in the world.

"I was a gangster, a Colombian druglord, a rapist , a terrorist, I was really a bad guy." Majid said of his early roles. He had acted alongside the likes of the great Chuck Norris, Chuck Connors (famous for his cowboy roles in the TV series "The Rifleman") and Nicholas Hammond (famous for portraying Friedrich Von Trapp in the very famous Sound of Music movie and played Spiderman in the Adventures of Spiderman TV series in the late 70s).

After several films he developed a great fondness for his job. Work came in droves, he was improving as an actor and his roles were steadily progressing. He was working about four to five movies per month.

In 1989, he played his most memorable Filipino film, the Jean Garcia-starrer Impaktita, where Majid gets to terrorize Richard Gomez and Aga Mulach as the aswang double for Jean Garcia. 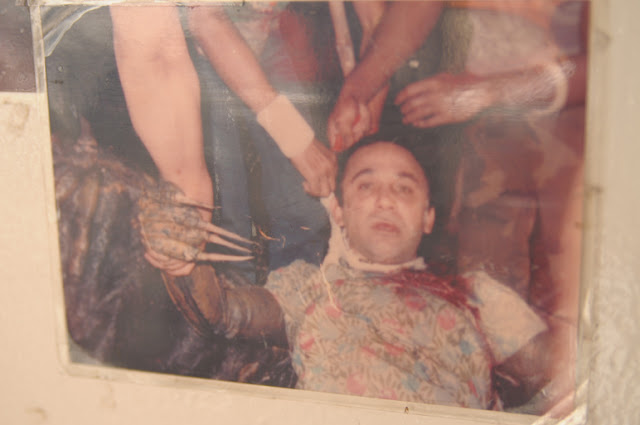 Also in the same year he was finally billed as a supporting actor in the foreign movie Black Cobra 2. However it would be the last film he would make. 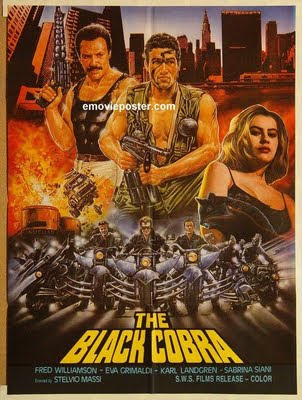 After the bloody coup attempt against President Corazon Aquino in 1989, the Philippine government suspended all firearms rentals to movie companies. Since Majid was working in action movies, there was no work temporarily. On a vacation to visit his friend in Angeles City, he met an accident. He suffered a hipbone fracture which scarred him permanently, this meant no stunt work for Majid, no action movies.

He decided immediately to cut off his ties with the movie industry and tried his hand in making Pita breads. It was a matter of survival Majid says, instead of wallowing in pity, he had no recourse but to find another line of work even if he had learned to love the movie industry.

Eventually he branch out into making kababs and other Persian delicacies. And in 2001 when he resettled in Davao which is the hometown of his wife, he opened his small restaurant which still is very popular among Dabawenyos.

Indeed the B-movie industry's loss is every kabab-loving Dabawenyo's gain. 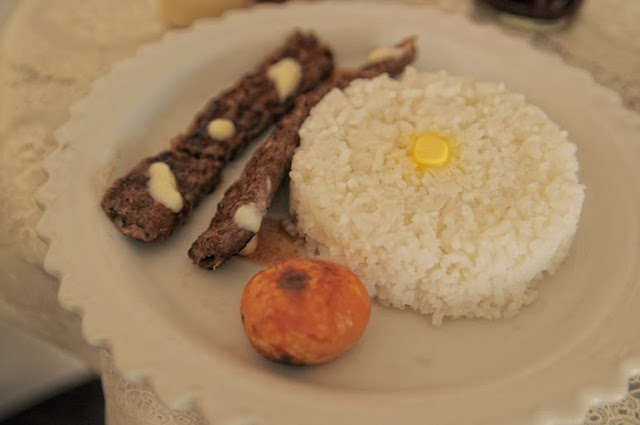 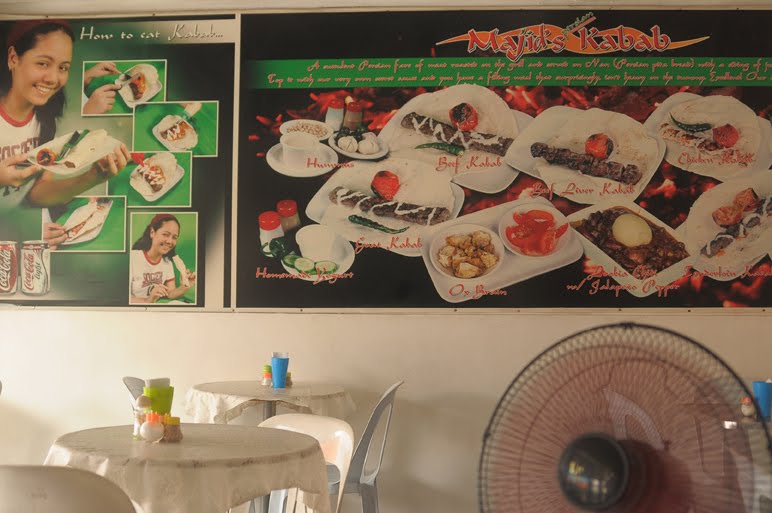