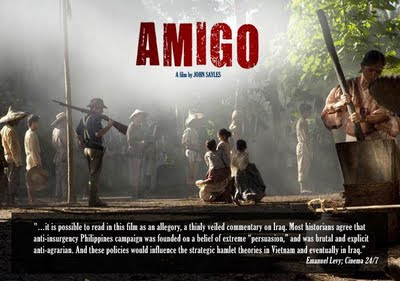 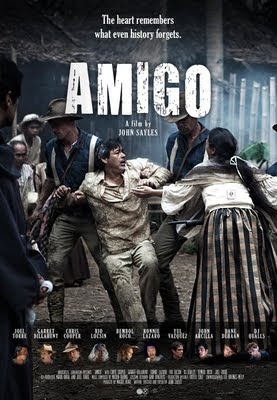 Last February at the Cinemarehiyon Film Festival in Davao City , I got a chance to meet American film director and noted writer John Sayles.
Mr. Sayles is known as an independent filmmakers in the United States churning out movies far out from the established Hollywood mainstream. He is noted for films like Lone Star, Passion Fish, Silver City, City of Hope and Matewan. His films are said to be socially relevant flicks, reflecting political awareness that resonates through the films’ core.
For example Lone Star tackles inter-racial relationships, Silver City is about electoral politics and Amigo his latest film could be more of a statement to America’s current involvement with Iraq and Afghanistan. 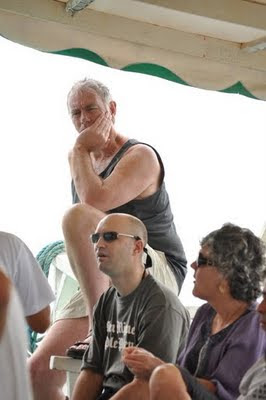 Aside from being a filmmaker, he is also a screen writer. He has penned most of his films and has earned Academy Award nominations for his written works in his films like Lone Star and Passion Fish. He has written also for films like Spiderwick Chronicles and the in production Jurassic Park IV.
During his visit to Davao City where he attended the Taboan Literary forum held at the Royal Mandaya Hotel, I got to ask him about his latest film Amigo which was shot in Bohol. The film deals about a small barrio in Luzon during the height of the Philippine-American War.
“I started when I came across it in history books. Didn’t know anything about it.” Says John Sayles about the setting for his film, he calls the Philippine-American War as a forgotten war rarely mentioned in history books.
He says the war at the turn of the century was America’s first imperialistic war. A contradiction to a nation which had successfully repulsed an imperial power and had renounced imperialism. 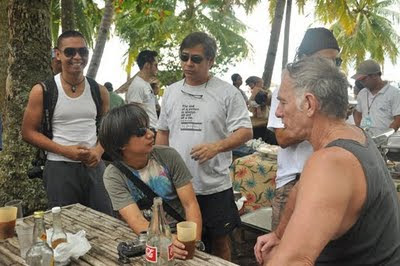 Sayles also wrote his novel "A moment in the Sun" which is set in the same time as Amigo.
In writing the film he based the story from numerous incidents culled during the war. Among his researches were history books written by American and Filipino authors then those biographies of Aguinaldo and other personalities of the war. The characters in the film were also patterned from notable players during the conflict.
The story of the film revolves around a barrio which was recently garrisoned by American infantry forces led by a battle-hardened Colonel Hardacre (played by Chris Cooper), he leaves Lt. Compton (played by Garett Dillahunt) to take charge of the village who in turn enlists its Rafael, the cabeza del barrio played by Joel Torre as an intermediary between the Americans and the villagers.
However Rafael is torn between his loyalty with the American forces and the Filipino army who also has decided to enforce an equally tough policy against the sympathizers of the enemy.
Colonel Hardacre, the ruthless military commander was patterned after General Jacob Smith, who turned Samar into a howling wilderness in the aftermath of the Balangiga Massacre.
Though he did not intend it to be a statement against the Iraqi invasion; many of those who had watched the films will see the parallelisms between the two wars.
“The only line that is in direct parallel to Iraq is the line winning hearts and minds.” Sayles says. He thought the hearts and minds strategy was a Vietnam War invention until he found out that it was also used in a much earlier war.
The decision to film in Bohol was courtesy of actor Joel Torre who also produced the film. Bohol, John says is perfect because its location could give his sound crew an ample environment without being disturbed by noise which is common in Manila. 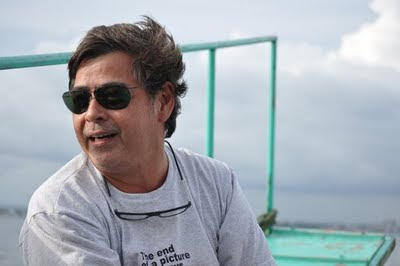 “We shot in a pretty quiet village.” John says. As for the crowing roosters and the chickens which could pose problem to a film using live sound recording, they had to relocate them in a nearby village and place them in a “chicken condominium”.
About 90% of the film crew were Filipinos the only American crew took charge of the sound.
We were able to put together a real good film crew. Sayles said it was only during the shoot that he realized the Philippines had a real film industry with competent technical people.
The film costs around $1.5 million which is way cheaper than those period films produced by mainstream Hollywood studios.
Amigo is a must see film especially for students equally ignorant of this obscure phase of our history. The last Filipino film to tackle this theme was Raymond Red’s Sakay which was made in 1993. It is interesting to relate it with America’s war against terror and her engagements in Iraq and Afghanistan, some sort of a Michael Moore anti-war documentary but one which we as Filipinos could clearly relate to.
The film’s cast include American actors Chris Cooper (The Kingdom, Bourne Identity,The Patriot ), Garett Dillahunt (No Country for Old Men, Burn Notice, Terminator: The Sarrah Connor Chronicles) DJ Qualls (The Core, Delta Farce) and Filipino actors, Joel Torre, Bembol Roco, Rio Locsin, John Arcilla and Pen Medina. 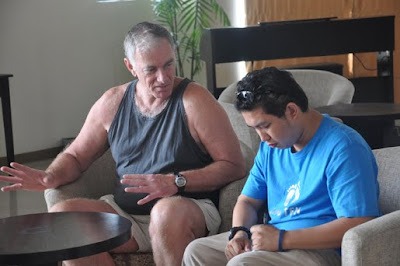