Cash-strapped photography and the Philippine Military 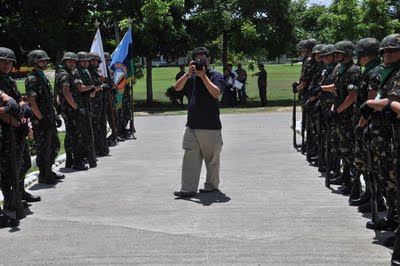 I had saved enough money to buy a Tamron 70-200 2.8 lens for my Nikon D90. And i'm contemplating in buying one. Hmmm though part of my conscience is screaming at my ears to save the cash and stop buying more photography gear.

While browsing upon some old blogs, I stumbled upon one I made last year which I posted in Tumblr

...Right now i’m salivating over nikon’s newest DSLR the D7000, I am also wishing for a Tamron 28-75 lens and and perhaps my christmas wishlist is a superwide lens perhaps a nikkor 10-24.

but all are just wishlists. I really do envy people who have those top-of-the line tools. How we wish I could get those sharpness, bokeh, range and lowlight capabilities from my current set of tools. I used to own a 2nd hand D40 sold it and bought a D5000, invested in some Nikkor lens, a 18-105 lens, a 55-200 VR and a 50 mm 1.8 prime. And also some nissin and yong nuo flashes.

Photography is about wise investments, you invest in what you need and make do with what you got. Reminded me of an unlikely analogy. One time i covered the search-and-retrieval operations of a missing Philippine Air Force C130 cargo aircraft which crashed over Davao Gulf.

During the early days after the crash, the Philippine Navy borrowed a small speedboat owned by my former college classsmate Carlos Munda, his boat had a fish finder sonar so they can detect the wreckage underneath the water. The fish finder sonar is a very basic sonar used primarily by fishermen to find fish and not to find complicated wreckage.

One day I asked a Navy officer during a press conference why don't they send some Philippine Navy ships to look in the area, specifically a frigate which has sonars used to hunt for submarines.

The naval officer said, they dont have those kind of vessels anymore.
What? you mean our navy has no ships with sonars? I asked

I asked him why doesnt the Navy have sonar? when its a basic equipment for many modern navies?

He just said the navy has no need for sonar. there’s no immediate threat from other countries with submarines he said.

The officer explained that our navy invested in very modest capabilities enough to detect pirates, smugglers, terrorists and other light naval threats. Since it lacks the budget to buy ships, it just upgraded the most essential need of patrolling our waters. And unlike our Southeast Asian neighbors which acquired warships, submarines and aircraft carrier to gain respect or to intimidate other nations.

Our navy with pitiful amount had to make do with something like buy rubber boats for rescue operations and small gunboats for coastal patrol.

There’s a relevant analogy between the experience of the Philippine military and my cash-strapped involvement in this hobby called photography and this is getting to invest wisely in what I really need and not because my fellow fotogs had these.
photography is not about showing off pricey tools, you earn respect through your photos and not because you had these expensive lens and cameras.

Acceptance leads to contentment, know the capabilities of your equipment and learn to love it. For me i just missed my D40, because i just loved how it performed during normal lighting conditions. I had to part it with because i was shooting more and more in lowlight conditions.

During my shoot at the turtle sanctuary I belatedly realized that the nikkor 55-200 lens was crisp and sharp. 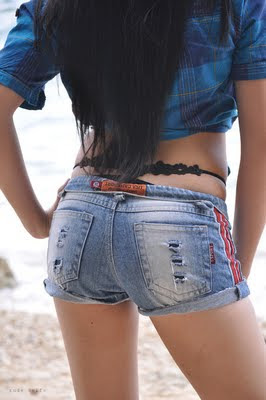 Anyway the key is to invest in your skill. it doesn’t take much, it will take some workshops or time for practice. As a photographer said, “Hindi yan sa pana, sa Indian yan.”

And also what really matters is having the passion in pursuing that. passion to develop your eye and the skill. Even if you really got the best equipment in the world if you don’t have the passion to practice and to improve your craft you’d still end up with bad photos.

Reminded me of another analogy, During US-RP Balikatan exercises years ago, a small Philippine Air Force S211 trainer jet was able to shoot down a U.S. Air Force top of the line F-18 Super Hornet jet fighter during an aerial dogfight over Clark... 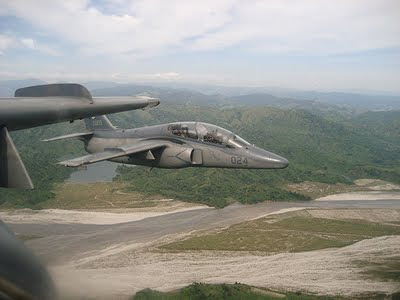 Anyway nearly a year after publishing that blog, I bought a D90 and a Tamron 28-75. the Nikkor ultra-wide lens remains a wishlist though. While the Philippine military after some tensions in the Spratly Islands has bought a large warship from the U.S. and is in negotiations on leasing some military hardware again from Uncle Sam. This coupled with tough talk from our President regarding our territorial claim on the disputed West Philippine Sea .

(photo of S211 Warrior taken from the internet)