Larry and the bacon 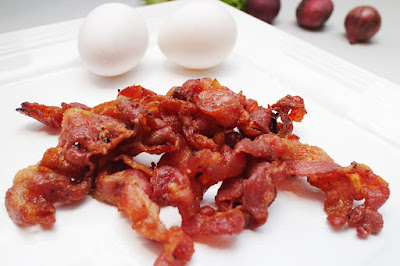 Larry had waited long enough, he got out of the car and began to look around the campus for the boy whom he was to fetch from school. It would be one long afternoon looking for him.

“Bugoy na bata-a” (what a mischievous kid) the family driver could only mutter describing the penchant of this rebellious kid to make his life difficult whenever he comes for him in the afternoon.

Many, many years passed, the once-mischievous lad would visit the wake of his family’s former chauffer. In front of Larry’s family, the man would fondly recall of his pranks, of how he would wait for Larry to exit the school before skipping his classes and how Larry would be at wits end looking for him when he fetches him in the afternoon.

That bugoy would grow up to become an extraordinary man, he is no less than the legendary Davao City Mayor and the current Philippine President- Rodrigo Roa Duterte. 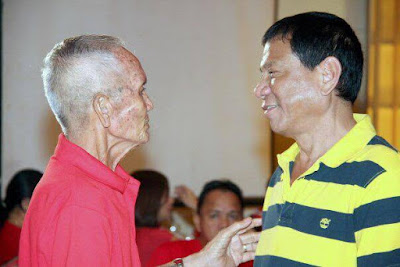 Larry’s granddaughter Joanne Divinagracia Domingo would listen to the then city mayor’s stories about his lolo Larry with tears in her eyes.

She describes herself as the closest to lolo Larry among his grandkids.

“When I was a kid he would call me Inday Badiday which is an Ilonggo term of endearment.” Joanne recalls.

“I was really close to him, He was super maalaga at malambing (caring and sweet), when I was still working in Manila and I would return to Davao for vacation, before returning to Manila he would give me a bayong of vegetables, fruits and dried fish he was worried that I was not eating well in Manila.

Joanne remembers her lolo for being frugal but kind-hearted and generous. He would bring our old toys when he goes to visit his relatives in the province, he really likes it when he gives something to the children in the barrio.

Working as a family driver for the political families of the Almendras and the Dutertes,  Hilarion “Larry” Divinagracia would strive hard to support his brood of seven kids. Joanne’s mother Dina is the second eldest of Larry’s children.

It helped that Larry’s kids excelled well in school and received scholarships. When his older children became professionals they began helping out  the other siblings.

Larry was stricken with cancer in 2010, Joanne resigned from her medical representative job in Manila  and return to Davao to take care of her lolo. He passed away in that same year, he was 79.

Joanne admits still missing her lolo Larry. When she and her younger brother put up a homemade bacon business, there was no question what name to put in that product.

“Larry’s Homemade Bacon is a tribute to my lolo, it was my way of remembering him” Joanne says.

The bacon is a recipe of her mom Dina, who learned it in a school in Manila but revised the school’s recipe to come up with her own.

“I kept changing the recipe to suit my taste.” Dina says describing the process of creating the perfect bacon as a product of trial-and-error with her kids also becoming the testers.

“If they find it too salty, I adjust the recipe, ganun, it’s like that.” Dina remembers the process of coming up with her household bacon.

“I originally made those bacon for the kids since they love having these at breakfast, I figured out instead of buying commercial bacon I can save money by making these at home." Dina recalls.

One day, Dina asked a friend of Joanne if she would want to try her homemade bacon. Her daughter’s friend loved it so much she placed an order for the bacon.

At first Dina refused reasoning out that the bacon were just for the home and never thought of selling them.

But Dina’s kids JP and Joanne saw the business potentials of their mom’s homemade bacon. They invested a small capital to start off with the business. They began selling it to their relatives and friends.

The bacon were well received. Among the early patrons of Larry’s bacon were Joanne’s friends, who by word-of-mouth attracted more buyers, some of the bacon were shipped to Manila and Palawan.

When they put up a display area at Mercado Locale in SM Lanang it became a hot-selling item. Some of the regular customers became resellers themselves. 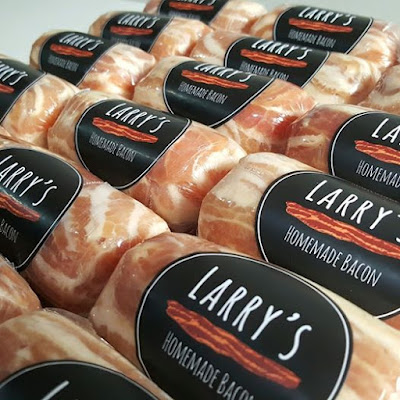 "The secret to the bacon is having choice pork cuts we are using quality meats.” Joanne says.

And Joanne is firm in adherence to quality, when there are no stocks of choice meat, production is halted.

Larry’s Homemade bacon is a great stand-alone meal or a snack, but it can also be used in a variety of dishes.

During the product launching at Kusina sa Subli, a restaurant near Joanne’s home in Matina. Larry’s Homemade bacon were used in bacon mashed potatoes, rice balls and burger sliders. It was also used as toppings in cheese cupcakes.

These days the Domingo’s home is busy with family members helping out in smoking, curing and packing the bacon to supply the increasing orders.

JP the culinary entrepreneur of the Domingo siblings is thinking of ways to expand the household business he is planning on selling their homemade tocino.

Joanne is thinking of ways to market the products; she is now fully focused on the day-to-day operations of their bacon venture after helping out in the Presidential campaign of Rodrigo Duterte where she rode the campaign bus across the archipelago with her grade school clique which includes as fate would put it-Sara Duterte, grandchild of her Lolo Larry's former employer, Governor Vicente Duterte.

With the growing business, Joanne believes that her lolo Larry is helping his grandkids to succeed in business.

“I’d like to believe he is cheering for us in heaven and he is happy of what we have done.” Joanne says.