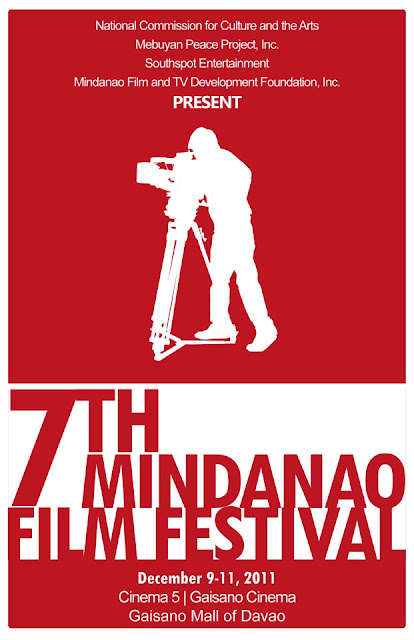 Placebo (Cinesur Film Productions, Director: Dexter dela Pena)
From the Zamboangan team behind the Cinemalaya award-winning film Halaw, comes the short feature Placebo which revolves around Jim a convenience store owner who months after his father’s death mans the family business all by his lonesome. His boring store routine is interrupted when a vixen comes into the store and befriends him.

Lakad (Director: Charles Michael Tolosa)
A troubled man retraces his steps towards an eventual decision which he would ultimately regret.

Overpass (by Melonsheiyk Visuals and Voiceworks Theater Co. Inc. Director: Nef Luczon)
From GMA Cagayan de Oro TV reporter Nef Luczon comes an experimental narrative revolving around a pedestrian overpass which faces a new flyover built in the urban sprawl of Cagayan de Oro City. In the overpass we meet two street musicians who play their unique musical contraptions to beg for alms and a regular passer-by, a young temperamental student radical who wants to start a school demonstration.

Superhero (by GioJoe ProductionZ, Director: Gio F. Amoguiz)
A product of a young filmmaker from Misamis Oriental, the short is a special effects laden presentation about a pesky superhero who never seems to get his act right.

Ti Ho Sognato (I dreamt about You) (by Lamdag productions Director: Kristine Dalis and Roldan Castillo)
A story about two strangers; Franco a young man who writes poems about the lady of his dreams and Cheska, a girl who paints and draws about the man whom she encounter in her dreams. Then one day the two strangers actually meet. As they say destiny is written in the stars.

Flutterfield (by Little Peach productions Director Tzaddi Esguerra)
From Iligan City comes a film about a visually impaired child, his hopes and dreams and his yearnings to be free. The film is the filmmaker’s artistic rendition that celebrates the essence of life and how we have taken it for granted.

Tiny and Timoy (Directed by Sonny Campaner)
A humorous take on the life of a lonely security guard and his dog Tiny, a half-breed pup who brings eternal happiness to his master; a short film as what its director describes as a “down-to-earth fiction."

Overtime (by Alvertus Films director: Alberto Egot Jr.)
A dedicated lady employee is haunted by a ghost while working overtime at the office; the ghostly phenomenon unmasks a tragic story of infidelity and misjudgment which alters the employee’s life forever. The film is from another film fest habitué Albert Egot which has helmed works like Bad Jao, Cha Cha and Facebroke.

Top Priority (by Darryl Regner, Director: Rae B. Daddie)
The film revolves around a kidnapped girl who tries to escape from her captors. Her successful escape reveals another important reason why she wants to be free and return home the soonest time possible.

The Photographer Moves (by L Productions, Director: Elle Ocon)
A girl-shy photographer sees a young pretty woman in the park; he struggles for a chance to meet her. Only to realize that the same girl would be their model for a photoshoot; awkward glances leads to an inexplicable reunion between the photographer and his pretty model.

Night Out (director Clarissa Merced)
A group of friends after a night of partying heads out to a known haunted house for some ghost hunting; then a few days after a mysterious murderer hunts down the ghost-hunting barkada one by one.