Piolo Pascual and the price of loyalty 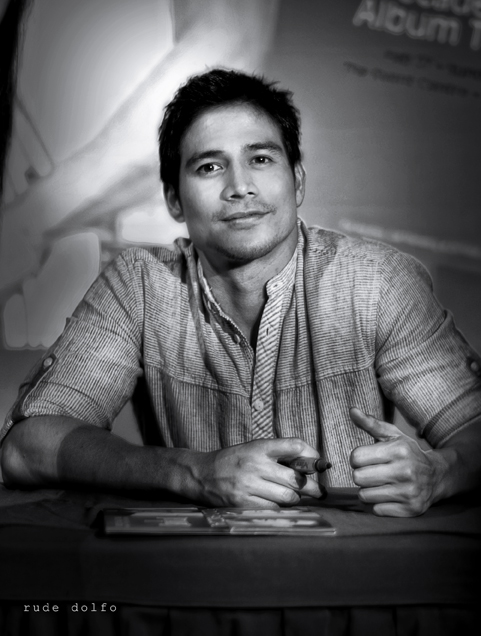 Last Sunday's The Buzz had KC Concepcion, one of the showbiz talk show hosts being grilled by co-host Boy Abunda as to the state of her relationship with matinee idol Piolo Pascual. It was one of the most widely anticipated showbiz revelations with many attuned including me waiting for her bombshell
KC Concepcion bared that she and Piolo called it quits; it would have been ordinary news, but many were waiting for the next revelation. Perhaps KC could unmask the enigmatic Piolo Pascual whose sexuality for many years has been doubted and put in question as a gossip fodder.
But the daughter of Sharon and Gabby was cryptic in her answers. She held back what could have been juicy details, drawing a line between what can be said in public and what has to remain private matters (but then why did she grant an interview?) Her cryptic answers somewhat furthered to boost people's doubts as to the masculinity or lack thereof of the actor
I sensed something twistedly wrong in that Buzz interview. The subject was Piolo Pascual one of the contract stars of ABS-CBN and its film company Star Cinema, he was one of its most popular and bankable actors and here is Buzz a production belonging to the same network. The interview was tantamount to like feeding him to the lions or dogs maybe. It was like a military officer all-knowingly sending his best soldiers into an ambush.
I really do not care if he is a closet homosexual or not, or there are other problems which Ms. KC would not dare elaborate on public, but If I were the network I would put a gag order on the two stars and just settle the matter privately. But then there are other reasons, publicity-wise maybe, it just got into trending topic on twitter. But the twisted set of values gleamed from that episode seemed disturbing about these current set of norms when everything is dispensable perhaps to up their ante in the raging network wars.
I once read that the past studio system of the 1950s and 60s as practiced by LVN and Sampaguita films placed great importance in protecting their stars. From the way how they act onscreen to how they project their lives in public, those actors and actresses of that era had protective showbiz parents like LVN matriarch Dona Sisang and Sampaguita boss Dr. Jose Perez perhaps in the later generation they had Mother Lily and her Regal babies or German Moreno and his That's Entertainment talents.
Piolo Pascual would have been a very well-compensated loyal foot soldier to the company that built him up to what he is today. The network also did benefited from the work that the actor gave to them, but the TV interview last Sunday reflected the actor's true value to the giant network. So much for loyalty.