Mindanao Regional Cinema 2013: A period of collaboration and growth

Mindanao Film Festival, one of the country’s longest-running film festivals saw a record-breaking 57 film entries, 56 of which are short films this was up from 2012’s 36 film entries.

Cinemagis in Cagayan de Oro had 13 film entries which is also a record number. Nabifilmex had 4 new short films from its workshops and Salamindanaw also produced 8 short films under its Sarangani Open Shorts Competition and 6 more shorts from its Gensan Summer Film Camp.

There are other film festivals like CineMo in Iligan, University of Mindanao Film Festival (UMFF) and the Ispeak  Short Film Competitions in Zamboanga City among other short films festivals which had mushroomed over the island.

The dynamism of the Mindanao filmmaking landscape will continue to usher in till 2014, by October of this year Davao City will be hosting the BIMP-EAGA film festival as part of the BIMP-EAGA  (Brunei-Indonesia-Malaysia-Philippines East Asean Growth Area)  Consumer Fair 2014.

This is a landmark event as the filmmaking movements from BIMP-EAGA areas will be linking up with Mindanao, the event made possible with the active involvement of the Mindanao Development Authority and the BIMP-EAGA ICT Cluster.

These developments point out one thing, the forging of new collaborations from new partners and entities which was unheard of less than a decade ago.

The speakers spoke before a near-empty venue except for a small token delegation of mass communication students, the film congress was during that time considered as a dud but unknowingly the scene was brewing up for Mindanao regional cinema.

Today government support which was a dream during the film congress has been largely achieved thru the support of the National Commission for the Culture and the Arts, the Film Development Council of the Philippines and recently local government units, government agencies such as MinDA, Department of Tourism, schools, corporations are supporting regional indie cinema.

One happy development is the collaboration of local governments in filmmaking particularly in the support of local film festivals.

The provincial government of Sarangani thru provincial Governor Steve Chiongbian Solon threw its support to the inclusion of a short film competition to their Munato Festival. Two of the Sarangani shorts titled Be and Sanswe will be featured in the Mindanao program of Cinemarehiyon 6.

While the town of Nabunturan in Compostela Valley Province organized its Nabunturan Indie Film Exhibition or NABIFILMEX, its festival director is the town’s current municipal administrator Atty. Karen Santiago-Malaki.

NABIFILMEX also had a film workshop component where four films were produced and one of the films titled “Badjang” was a collaboration by the workshoppers and the barangay government where the film was shot. The barangay chipped in much needed  logistics to the shoot.

The local governments in Comval Province particularly Nabunturan and New Bataan provided support for the filming of Arnel Mardoquio’s “Riddles of my Homecoming.”  The Nabifilmex is the deepening of that partnership. It is hoped that the capital town of the province will become the film capital in this part of Mindanao.

In Davao City, first district Councilor Leo Avila sponsored a city council resolution which calls for the creation of a Davao City Film Development Council, patterned after the FDCP, the resolution was co-sponsored by City Councilor Maria Belen Acosta and is currently in being discussed in the  city council’s committee hearing.

Coincidentally City Councilor Avila appeared as part of the cast in 2012 Sineng Pambansa film “Malan” and his son Lew actively participates in the Mindanao Film Festival with his short film entries.

Having a local government official appearing as an actor in indie films here is nothing new; in the Butuan short-film Pigadagit directed by Maria Victoria Beltran, current Butuan City Mayor Ferdinand Amante played a doctor in the film.

Aside from the government, schools had been an important catalyst of regional filmmaking, a significant number of films in 2013 were made by students or were entered under school-based film festivals.

The full-length film “Sugat” is an interesting work of collaboration which combined student and faculty of Ateneo de Davao High School. The film director is a school teacher while the cast and production staff is composed of teacher and students.

And academe partnership is best exemplified in Cagayan de Oro’s Cinemagis  Film Festival organized under the auspices of the Xavier Center for Culture and the Arts of Xavier University, this endeavor is being sustained as the film festival is on its 6th year.

Cinemagis’s bumper crop of films also produced works from student filmmakers with active support from their faculty and the school, “Wa Ko Nakita” an updated adaptation of the folk legend “alamat ng Pinya (Legend of the Pineapple)  is a prime example being a film made by Eastine  Charles Taneo a student from Liceo de Cagayan.

The Cagayan de Oro short Lugdang features stage actors, Cagayan de Oro's theater arts movement one of the active in Mindanao is also complementing in the development of regional cinema in the area by providing a pool of actors and other artists.

The short film “Halin” which won the Best Cinematography award in the recently-concluded Mindanao Film Festival is a synergy between active local filmmakers Gary Bautista who helmed the film and Bagane Fiola, who is the film’s director of photography.

The short film Panalipod Onlyn is an advocacy film written and directed by Glory Pearl Dy who co-founded the Swito Twins Digital Storytelling Philippines, a social enterprise that aims to provide a venue for people to express their talents in writing, animating stories, voice recording and video editing.

Another collaboration is the advent of animation in Mindanao, the MFF had its first animation category with the Zamboanga’s Timora Talli Apuera Ramil copping the first best animation award.

The animation category is part of the new efforts to focus on the growing animation industry in the island in cooperation with the local ICT stakeholders. The interfacing of the regional filmmakers with animation and ICT players is being propelled with the active involvement of the MinDA.

Currently filmmaking in the fringes of the BIMP areas is slowly being given focus as our southern neighbors are taking interest in networking each other’s regional cinema. In the middle of 2013, Sabahan filmmakers met with MinDA, the FDCP and the MFTDFI to pursue further linkages.

And last November 27, the BIMP-EAGA Film Connection Meeting was held in General Santos as part of the Salamindanaw International Film Festival.

The community involvement is also growing, last year a group of young filmmakers, and artists from different fields formed the group Cine-Madayaw (renamed as Sine-Dabaw) with the goal of helping future local film productions the group was involved in a South Korean film production and a Davao-based indie full-length film.

The Davao Filmmakers Community was also created, originally a Facebook group, they are being tapped to conduct one-day crash courses on short film production in different schools across Davao City. The speakers bureau of the group involved local filmmakers sharing their experiences and perspectives to interested participants.

Sulay-Sulay Productions is a group in Davao whose projects include showing local films in bars, tea houses and coffee-shops. Last October they programmed Ngilngig Film Festival at the Davao Cinematheque which showcased horror, ghost stories and suspense-thrillers helmed by local filmmakers.

These are exciting times indeed for the regional filmmaking movement here in Mindanao, natural calamities such as Sendong, Pablo and civil disturbances such as the Zamboanga Siege has failed to dampen the growth of Mindanao regional cinema.

The growth is  a result of new linkages, partnerships and collaborations which we hope would be institutionalized for years to come. 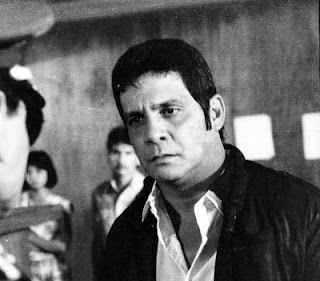