Dumaguete is a charming small city facing the Visayan Sea. It is famed for being the home of Silliman University which as established by American Presbyterian educators in the early 1900s. I was able to visit the "City of Gentle People" last month for National Commission for the Culture and the Arts (NCCA) Cinema Rehiyon and got time to explore the city. Afternoon cultural performances at the Pantawan, located in a corner of Rizal Boulevard. Inaugurated in 2018, Pantawan means "Porch" and is described as a porch by the sea sort of a view deck for promenaders. A fire tree near the monument of the Sisters of St. Paul of Chartres. The monument commemorates the coming of the sisters to Dumaguete in 1904. Silliman Hall, one of the oldest remaining Stick-style American colonial structures in the country is a landmark in the city.  Silliman University grounds. The University was founded in 1901. The main campus is about 62 hectares.  Foundation Un
1 comment
Read more 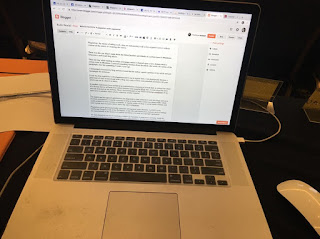