Many had been wondering what is Ike Pono? their curiosity spiked by the weird sounding name. Some would be intrigued, some would scoff or many would be disinterested perhaps by its fees or the time spent for it (6 days divided into 3-day weekends, seminars are whole day activities).
IKE Pono is a unique self-discovery, self-empowerment and visioning seminar created by Bruce Conching a world-renowned personal success coach who has been in the industry for the past 30 years.
Seminars are conducted every year in the United States, Japan and the Philippines with Davao City and Manila as among the hubs of Ike Pono here in the country.
I joined the seminar in May 2014 upon the prodding of friends. I was curious because two of my friends who were once cynical of growth and life skills seminars and are now active converts to Ike Pono.  I asked myself what kind of seminar "transformed" them and took the decision to join and find that answer.
According Bruce, Ike Pono started 8 years ago when he retired from a personal growth company he founded because according to him something was missing.
"I didn't know exactly what was missing but I had an idea, so I started searching for an answer, there are lots of unanswered questions in the personal growth industry, I wanted to answer not for them, for other people of the industry but for myself personally." he said.
He then took on trying to discover who he was and what he was supposed to do in his life. He took on self-mentoring to find that answer.
"Back in Hawaii and all my knowledge of the culture, I started listening to that, the spirituality, maybe the answer was in there all the time....I had the feeling the answer was there I just didn't know where to look." Bruce said.
For Bruce, by asking the question "Who I Am," the answer came to him. From workshops in Hawaii, the self-discovery workshops reached the mainland he named the workshops Vision Quest.
One day a group of Hawaiian ladies suggested to Bruce that he adopt a Hawaii name for the company. They suggested the name Ike Pono.
"I was worried at first who would want in the world a seminar company named Ike Pono, but I wasn't really planning to create a seminar company." Bruce recalls.
Ike Pono means to be absolutely clear without a doubt who I really am.
Bruce's personal quest of self-discovery snowballed into a successful personal growth seminar.
From his Filipino students in Las Vegas, Bruce gravitated towards the Philippines among his first Filipino students include Gawad Kalinga founder Tony Meloto, fashion designer Joey Galon, beauty queen Kylie Versoza.
"It's a brand new seminar... There's something different coz its about the three levels of conscious, sub conscious and super conscious and most of the seminars in the world teach the conscious and sub-conscious," Bruce said.
"Its information that's really not special but I believe that when people find out who they are they know what to do and they attract their vision and the vision starts manifesting. In everybody's vision its about making a difference in the world, making difference to other people but first making a difference to yourself." he added
Bruce who admires the Filipinos for their faith and spirituality said that he wants to bring the value of self-esteem.
"Understanding who you are, the greatness of who you are, I believe if an individual starts to believing themselves, their self-esteem goes higher."
This coming Jan 30 to Feb 2, will be the 13th Ike Pono Batch in Davao. Previous attendees included students, businessmen, professionals, young politicians, persons from the civil society and even showbiz stars from Manila.

Bruce said the reason he came to the city because of a committed student who wanted to bring him to Davao. "Whenever I meet someone who is committed, I'll go because that's what it takes, it doesn't take age or money -- it takes commitment, intention."

He observes that Dabawenyos are committed people, committed to this city. Believing that the city is a special place that can change the world, a center of change.

As a participant, the seminar is different from other seminars as it operates in the context of love and respect which sets in forth the process of self-discovery, self- empowerment and visioning. It was enriching weekend for me and I have taken to understand why some of its graduates are zealously propagating the values they learned from the workshop. The reason why Ike Pono workshops are sustained in this part of the world. 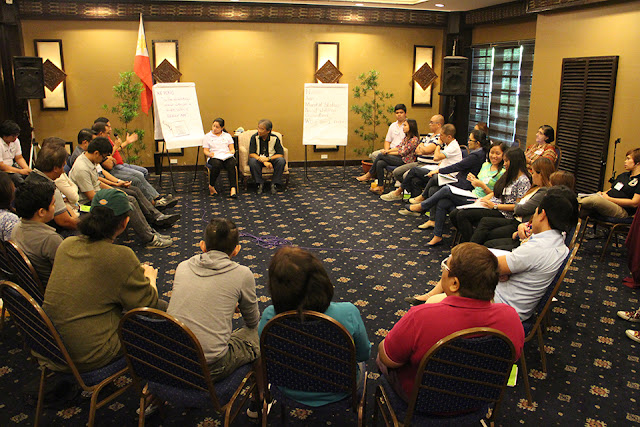 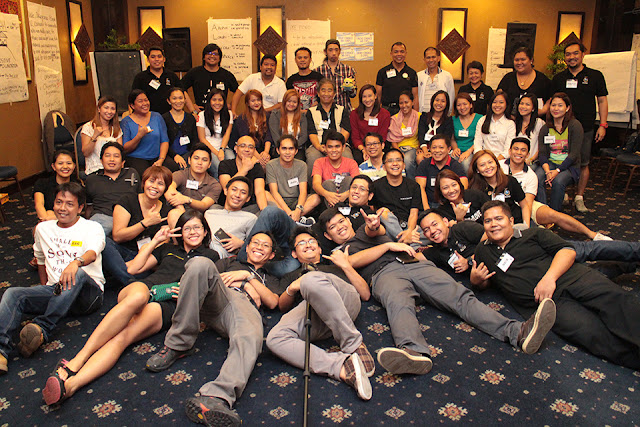