Last month, I parted ways with my Nikon D90 which I purchased in 2011. I was a Nikon user since I started photography 6 years ago. 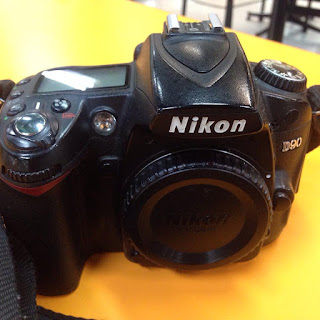 My first DSLR camera was a second-hand Nikon D40 bought from Mark, a bird and wildlife photographer. Since then I got hooked into the hobby until becoming a semi-professional a few years back, getting some commissioned projects which paid off my initial investments.

Last year I made a conscious effort to go mirrorless when I bought a brand new Canon EOSM which came with an adaptor where I can attach Canon EF lenses. I just found the smaller bodies of mirrorless cameras light and very convenient to bring.

Last May, after countless exhortations from street photographer Karlo Flores I purchased a pre-owned Fuji XE-1 from RJ Monsod, a fellow hobbyist I met thru our photography group MCOM. I bought a Nikon and Canon adaptors so that I could still use my Nikon and Canon prime lenses which I retained.


I had been using Fujifilm XE-1 for about two months now, what I noticed is the image quality particularly the colors and the sharpness. I love how the colors are rendered by the camera and perhaps is one of Fuji's selling points. The sharpness can be attributed to the absence of an anti-aliasing filter because of its X-Trans processor, also one of the primary reasons why I was intrigued by the Fuji camera.

As for the drawbacks, I miss the user-friendly Nikon controls. The faster focusing speed, the longer battery life of the DSLR. Despite the drawbacks, the image quality, sharpness and colors of the Fuji XE-1 is enough reason to shift.