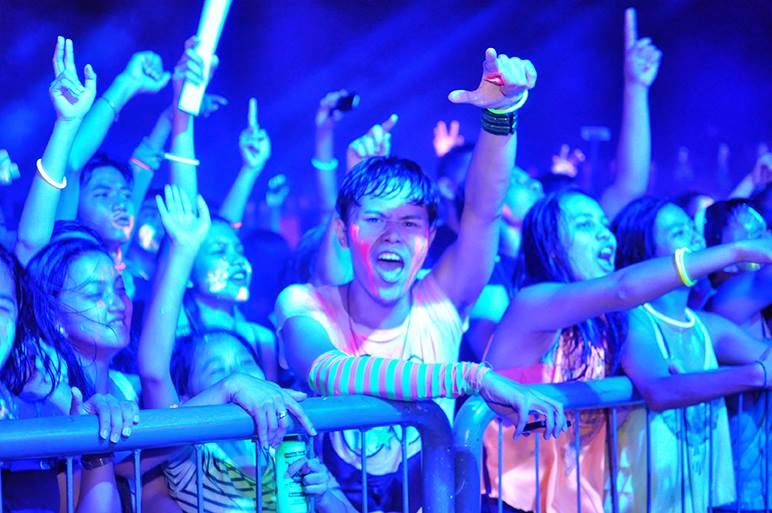 I attended the session council last Tuesday, curious on the outcome of Kat Dalisay and the Manic Nightnings group particularly as she will be appearing on the proverbial lions den facing the body whom she criticized on Facebook.

Aside from curiosity, I was with my friend, Chocko- an event organizer, we were cooking up a music event for the Durian Jam radio show, perhaps issues tackled in the session could provide insights on how we would be mounting the event.

During a privilege hour granted to tackle the rave party controversy, Councilor Tomas Monteverde IV raised allegations of non-payment of correct taxes, which Kat was not able to satisfactorily refute. The privilege hour dragged on for hours.

What drew my attention in the proceedings were two important matters tackled which perhaps went unnoticed. The first matter was when Councilor Alejandre questioned the fitness of Kat’s capacity as a party organizer owing to her lack of training. Councilor Alejandre then declared that an event organizer must have the sufficient professional expertise so that he or she knows the intricacies of events organizing and the related policies of the city.

Another point was during the speech of Kat on the part where she said that these are not mere parties but are events that greatly contributes to tourism and business.

True, events like rave parties inject needed stimulus to the local tourism and business sector  and following Councilor Alejandre’s point.  Capable event organizers holding big events can be a beneficial impact to the tourism and economy of the city.

How about proposing an Events Ordinance in the city.  The ordinance can be goaled to develop the events industry in Davao City and provisions could include the following objectives and actions;

1.     Promote Davao City as a venue for events, or to make an environment conducive for event organizers. Perhaps create an investment-promotion arm for events investments.
2.     Provide a one-stop permit shop for events organizers
3.     Provide trainings, workshops and guidance for event organizers
4.     Make an inventory of city government properties which can be used as  grounds for events, develop these properties which can earn revenues for the city govt. (fields, covered courts, parks, gyms)
5.     Establish a coordination body for city government agencies like city mayors, city engineers, TMC, Police, barangay etc.
6.     The body can serve to accredit event organizers, which protect talents and suppliers hired by events organizers (some unscrupulous event organizers don’t pay their event personnel or reneged on suppliers, there are so many fly-by-night organizers in our midsts)
7.     The events in the ordinance will not just be limited to rave parties but can also include sports activities, film festivals, concerts and MICE.

Since tourism is a major driving force of our economy, promoting events-based tourism such as party tourism as what Ms. Kat Dalisay is advocating will be a big help to our local economy.

I can cite Mati City. During the Holy Week, Mati City Mayor Carlo Rabat hosted several bloggers and photographers, I was part of the lucky group.

During my talk with the Mayor he said that visitors in Dahican during the holy week were in record numbers. He said it must be the result of Summer Frolic, a rave party held a month before in Dahican organized by a private group named Frolic Fox.

Another example is Tagum City, during the time of former Mayor Rey T. Uy his wife Alma would always make the round of press conferences in Davao City promoting the countless events they had organized.

She said that since Tagum lacks beautiful tourism attractions it makes for it by creating events which people can visit. Among these include the Musikahan, the Santacruzan, the Gay Festival, etc.

Cebu’s Sinulog is complemented by Life Dance an outdoor electronic dance music (EDM) event which also attracts a large number of tourists in fact it is officially endorsed by the Department of Tourism.

Another famous example would be Medellin in Colombia, once the site of notorious drug cartels being the base of drug lord Pablo Escobar. After Escobar was neutralized the city transformed into a Party Town to entice the people and tourists back.

In Davao City, the perfect example of events tourism is Kadayawan. Apart from the street dancing and floral float parade there is an array of private sector led events like concerts and street parties. If you managed to stroll around Davao City during  nighttime on a Kadayawan weekend you will see a crowded city as people explore the varied festival nightlife.

Events like parties cater to a young and more mobile tourism market. According to an article I read in the Philippine Daily Inquirer Asian millenials or those Asians age 18-36  is a high growth tourism market, in fact by 2020 which is six years from now there will be an estimated 1 billion Asian millennial tourists spending half of the global tourism spending.

And Asian tourism leaders are finding of ways on how to attract these tourism millenials. One strategy would be the holding of events such as EDM parties  which is patronized by millenials. For example Singapore is heavily promoting its Zoukout, a rave party touted as the biggest beach party in Asia.

For domestic tourism, in a 2012 NSO survey, about 54% of the 35 million domestic Filipino tourists are ages 15-34, a big potential market for events or party tourism.

Davao City has enough creativity and skill to churn out one great event which can rival Life Dance or even Zoukout all it needs is a constructive engagement from a stern but supportive local government.