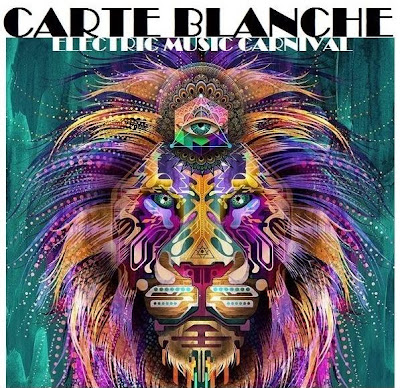 Carte Blanche 2013, touted as one of the largest music events in Davao City would also be a massive party-for-a-cause as it will be joining hands with the on-going relief efforts for those affected by Typhoon Yolanda in the Visayas.

According to Mel Penaflor of the Habitat for Humanity, part of the net proceeds will go to its Rebuild Visayas Program.  The group is also asking for 40 volunteers to man the ticket booths during the event. Habitat for Humanity is the chosen beneficiary of Carte Blanche.

"As of now 20-25 na po volunteers namin." Mel said. For those who would volunteer snacks, dinner, water and tickets will be provided.

Kat Dalisay of Manic Nightnings Productions, organizers of the event said that they are also putting up a relief booth where people can drop in their donations. “For every donation of packed goods like food, clothes or any in kind we will be giving three general admission tickets for the event.”

The relief booth will be set up at the venue of the event- the football field of Davao Crocodile Park starting this Wednesday (Nov. 13) until the Saturday (Nov. 16).

Habitat for Humanity will also be setting up another donation center during the event and will also be part of the Rebuild Visayas relief efforts.

Carte Blanche a 3D electric music carnival is expected to have about 7,000 partygoers converging this November 16 at the Crocodile Park Football Field. Top electric dance music DJs from Manila the Zombettes, Callum David, Mark Nicosia, Mia Ayesa, DJ Surf and DJ Katsy Lee will headline the one-night party, they will be joined by DJs from Davao City and Cagayan de Oro.

It is hoped to boost Davao’s image as a tourism hub with its themed one-of-a-kind music event. Kat said they already have bookings from guests as far as Manila which included celebrities.

The event is touted as the country’s first ever 3D music carnival, aside from the electric dance music (EDM) party complete with smoke effects and 3D videos, the venue will also be a full-functioning carnival with a Ferris wheel, acrobats, magicians, fire-eaters, hotdog and cotton candy stands.

For ticket-holders there will be a free ride to the venue, pick up points will be at: (for south) SM City Davao back parking lot, NCCC Mall waiting shed (facing S&R). (for north) Gaisano Mall van terminal, Abreeza back entrance (TGIF side), SM Lanang water fountain parking lot. No ticket, no ride.